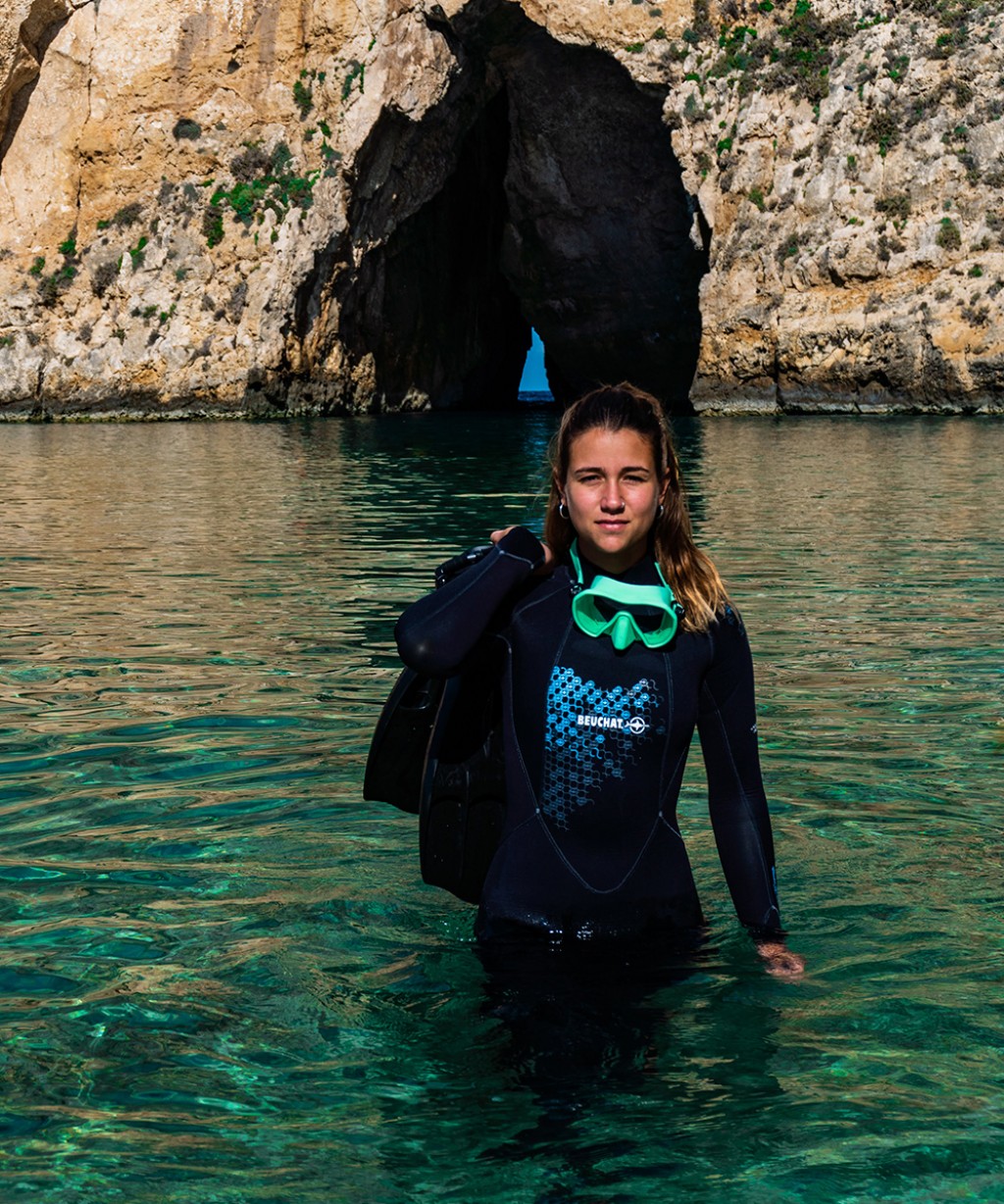 My name is Amanda Åkesson, from Sweden, and I'm a scuba diver !

My passion for the sea (Where does my passion for the sea come from?): The beauty of the unknown. It’s a different world that still has so much to be explored. My passion for protecting the sea comes from the really fragile stage we (and all life on earth) are in due to climate change and pollution and without the oceans there will be no life on this planet. We need to learn how to live WITH the other species on this planet and humanity needs to stop destroying what we ACTUALLY need to survive.

My first Beuchat equipment was Maxlux S in Black.

My favourites Beuchat equipment are Maxlux S, the wetsuits and all neoprene accessories that Beuchat produces.

Picking up all rubbish that I see in the ocean before, during and after dives.