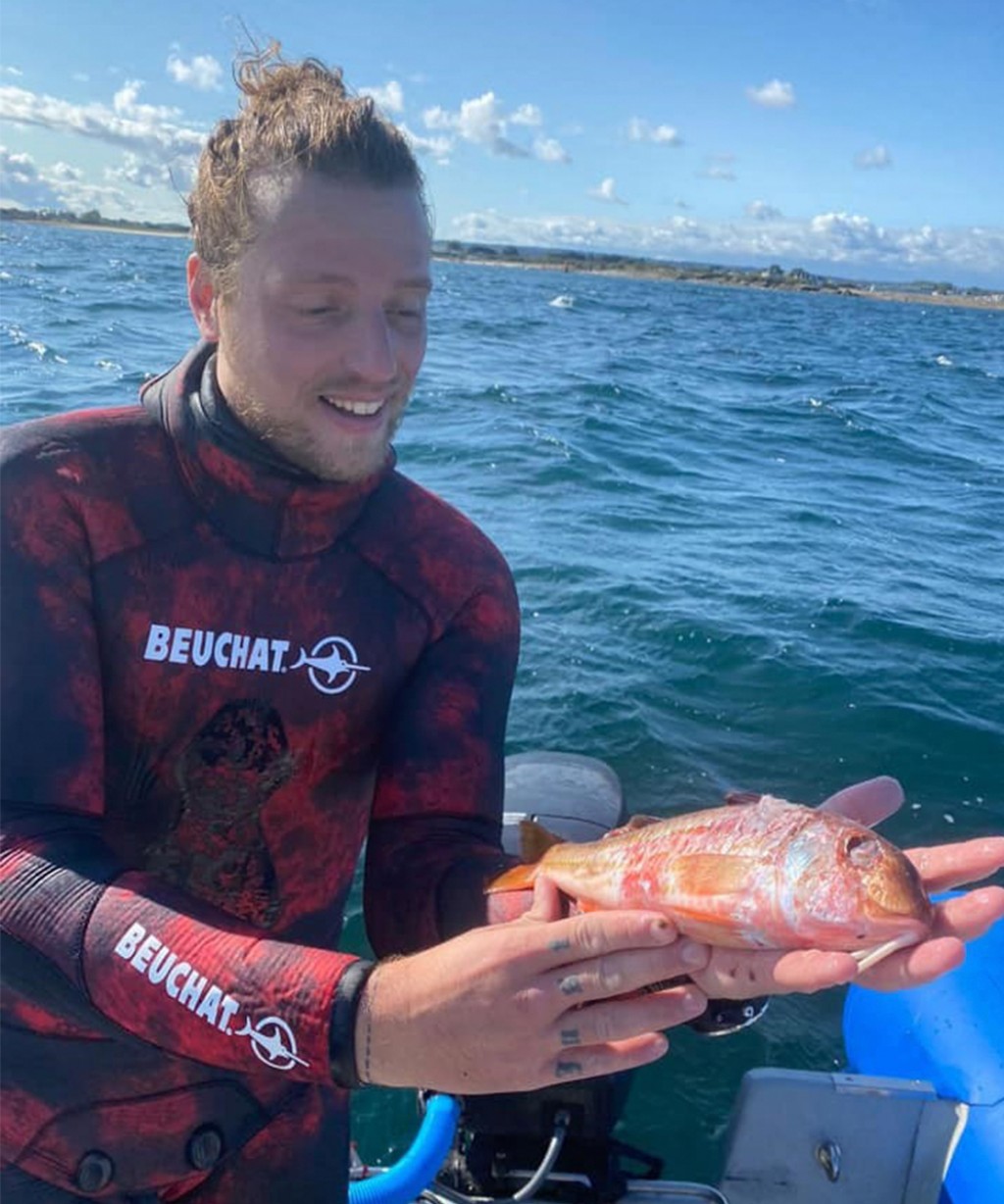 My name is Valentin Galliero, I live in France and I am a PE teacher! I practice underwater hunting and I'm very happy and proud to represent Beuchat!

My passion for the sea comes directly from my parents. My mother studied oceanography and my father was a member of the French spearfishing team. That's how I started underwater hunting and I became a passionate person!

It was a Beuchat Mundial Competition 7mm wetsuit that my brother, also a hunter, gave me. It must have been in 2008 or 2009!

That's a tough question! There are many depending on the needs and activities! But if I have to sort out, I would say the Beuchat Hero Carbon speargun!!!

It is systematically when I find waste in the sea, I collect it. Whether I'm hunting, windsurfing or walking, I collect it as much as possible and put it in the bin.

It breaks my heart to imagine that living organisms could try to feed on it and lose their lives because of human stupidity! Let's take care of our sea together!