The history of snorkelling is closely linked to the history of mankind, for until the arrival and advent of the scuba era, man dived to collect the treasures of the sea and to feed himself. Culturally linked to the Asian peoples, it was rediscovered in France during the wars, mainly for food purposes through underwater fishing. However, freediving has since created an identity of its own

A multi-faceted practice, it has been able to establish its own rules, techniques and competitions, all of which have created the magic of free diving. But do you really know this discipline?

Many people only see freediving as a leisure activity, the pleasure of swimming freely in the water without the hindrance of equipment. But not only, and here we tell you everything!

Freediving, otherwise known as free swimming, is available in several techniques and can be practiced in the pool or in the sea.

The diver must reach a deeper point than his opponent, he is assisted by a weight that he will manage to descend and ascend. The weight of the ballast is proportional to the level of the diver but must not exceed 30kg. The ascent can be done manually with the help of the rope by the freediver or with the help of his fins.

The diver descends and attempts to reach the deepest distance using a cable and only the arms.

Extreme or No Limit Freediving

The diver is heavily weighted during the descent. He can control his descent with a brake. The ascent is assisted by a balloon that the diver fills with air to enable him to ascend more quickly. It is by this type of apnea that the records of depth are reached.

The practice of this discipline requires both physical and mental training and is highly supervised.

Static apnea is the easiest to access and allows you to work on relaxation, sensations, concentration, which contributes to the improvement of apnea in all its forms. The rule is to stay as long as possible with your head under water.

This involves horizontal movement, practised at a shallow depth, preferably in a pool, but the sea is a possible training ground. This variant allows you to work on swimming, hydrodynamics, effort, speed and time management. Dynamic freediving is practiced with a single or double fin, called DYN in competition or without any equipment, called DNF (Dynamic No Fins) in competition.

However, freediving at depth, which is also divided into several techniques, requires more advanced training because the sea impacts its practitioner in several ways and can be dangerous.

Where to dive / Safety tips 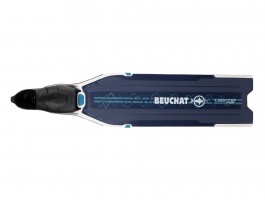